The DOJ versus NAR: What comes next?

In November 2020, the Department of Justice (DOJ) announced an antitrust lawsuit as well as a settlement with the National Association of Realtors (NAR). The lawsuit revolved around NAR and its affiliated MLS groups violating the Sherman Antitrust Act by limiting free trade. Basically, high commissions and a monopoly over listings.

To situate our thinking, a report this week from Knock highlights the growing commissions of real estate agents across the U.S. This year, agents are projected to earn a total of $104 billion in commissions, up from $90 billion in 2020. This will be a recording-breaking year if this trend continues. 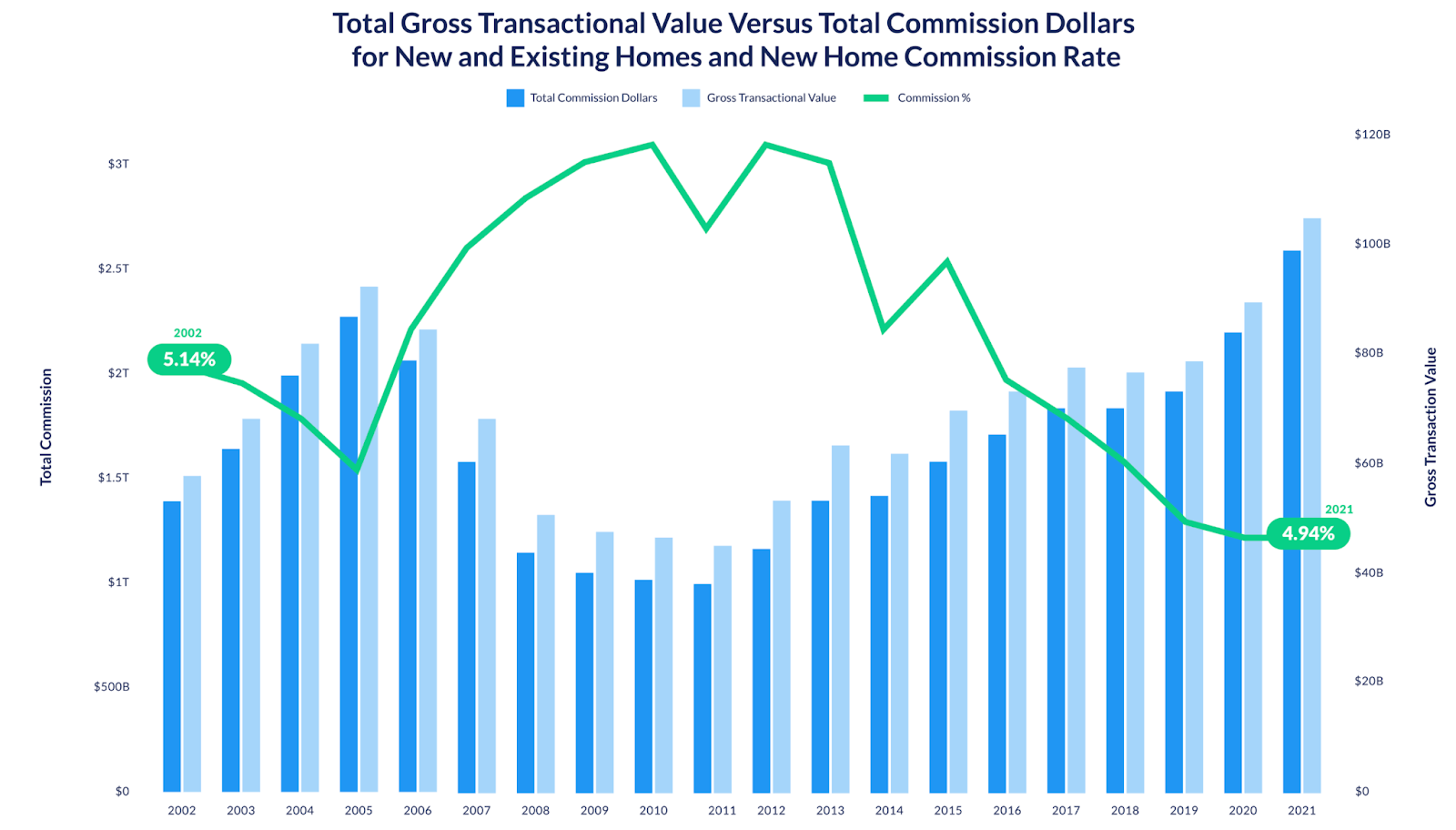 Michael Toth of The Wall Street Journal (subscription required) reports this week that the DOJ backed out of the settlement proposal with NAR, which was aimed at taking a look at the high commissions consumers pay agents. Reportedly, never have federal antitrust authorities agreed on a settlement, only to back out.

“The real-estate lobby called the move “an unprecedented breach.” But there’s a much larger concern for legacy brokers than the novelty of the about-face. The signal from Washington is that antitrust enforcers are prepared to dismantle the collusive practices that burden U.S. homeowners with brokerage costs two to three times as high as in the rest of the developed world.”

Yikes. In the announcement on the withdrawal from the settlement, the Consumer Federation of America (CFA) noted that:

“The key barrier to price competition is the NAR’s buyer broker commission rule that requires all brokers to make a blanket, non-negotiable offer of buyer broker compensation to participants in the MLS. This rule institutionalizes a very strange and anti-competitive method of broker compensation. Sellers and their listing agents decide the commission to be paid to the buyer broker working with the home purchaser. Buyers not only cannot negotiate this commission but usually are not aware of its level because buyer brokers either do not discuss it with them or inform them that it is paid by the seller.”

The CFA concluded their comments by noting that “there is some circumstantial evidence to suggest that the NAR cut a deal with Trump officials to undermine the lawsuit.”

According to Glaze, the average interest rate for 30-year fixed-rate mortgages decreased to 3.17% from 3.19% last week. Also, Chris Jennings of Fox Business reports on the 20-year rate, which dropped to 2.5%, its lowest level in five months.

Lisa Rizzolo of CNBC reports on the fall in mortgage applications, noting that refinances dropped 2% last week, and were 8% lower than this time last year. This is happening despite declining interest rates.

Lumber vs concrete and steel construction

Even with record increases in lumber, builders are still choosing wood construction over concrete or steel. But first, Marcy Nicholson of Bloomberg (subscription required) reports that lumber prices have now dropped 50% since hitting their record highs, but are still historically high.

In a recent survey, the National Association of Home Builders (NAHB) stated that “wood framing remains the dominant construction method for single-family homes in the U.S., accounting for 91 percent of new homes completed in 2020…few builders were reporting a recent switch, or inclination to switch, away from traditional wood framing methods.”

In a separate article, NAHB reports that