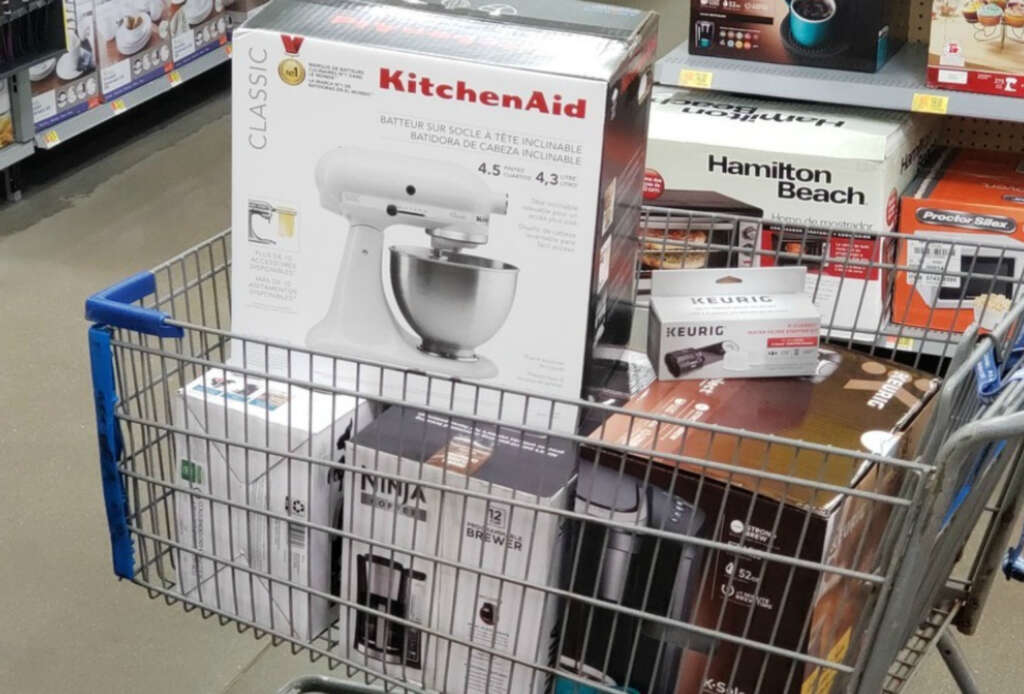 The holidays are fast approaching and for at-home chefs, that means one thing: it will soon be peak baking season.

To prepare for the onslaught of Christmas cookies and DIY holiday gifting, get your kitchen stocked and ready to go with help from these Bed Bath and Beyond deals.

Right now, shoppers can save hundreds on some of the retailer’s most-wanted kitchen accessories, including the iconic KitchenAid Artisan Stand Mixer. Boasting nearly 37,000 reviews, Bed Bath and Beyond shoppers say this kitchen appliance is worth buying.

What is it?
Beloved by baking enthusiasts and at-home chefs, the KitchenAid stand mixer has earned a cult reputation among small kitchen appliances.

What people are saying
If you’re thinking about treating yourself to the KitchenAid Artisan Stand Mixer, you’ll want to take a look at its killer Bed Bath and Beyond reviews.

With an average rating of 4.9 stars, the mixer has earned nearly 37,000 reviews from shoppers, with users endorsing it as a “great investment.”

“This mixer makes baking so much easier and streamlined,” raves one shopper. Plus, it “adds a great visual pop of color on the kitchen counter!”

Many shoppers agree the KitchenAid mixer is an unbeatable investment for avid bakers, praising the machine’s quality and durability. “It’s a heavy, gorgeous piece of the industry. [Baking is] a breeze with this mixer.”

While the KitchenAid mixer boasts thousands of five-star reviews, some shoppers say the updated model is of “cheaper quality” than past versions. “The workmanship of the attachment pieces are a lot cheaper than before, especially the wire whip,” claims one user.

Verdict
To “streamline” your baking, Bed Bath and Beyond shoppers stand by the KitchenAid Artisan Stand Mixer. With an average rating of 4.9 stars, users say the upfront investment is “worth the investment” — although some shoppers do note the device doesn’t fully mix everything, and say that quality may have decreased over the years.